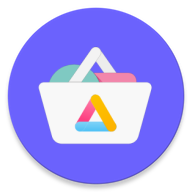 Aurora Store is an open source, alternative way to access to Google Play Store. With Aurora Store, you can download apps, update existing apps, search for apps, get details about in-app trackers, spoof your location and much more.

Aurora Store allows you to access Google Play Store using either anonymous credentials, or your own Google Account.

In CalyxOS, Aurora Store is given the ability to update apps without approving each one manually, much like the Google Play Store. This is achieved with Aurora Services. Aurora Store is not able to install apps silently or without user intervention.

The special permissions granted to Aurora introduce these possible attacks:

App stores cannot modify the fundamental security model of the Android operating system: When installing an update, the new app will only be accepted if verified to be from the same developer as the original version of the app. However, Android also always accepts the identity of the developer when first installing a new app, which is why it is important that the app repositories are not compromised.